From Protecting Women and Children to International Humanitarian Aid

The image of a 15-year-old girl jammed into a dog crate so small her knees were forced against her chest and then was forced into prostitution was pivotal in Peggy Bilsten’s fight against sex trafficking.

She was a teacher before being elected to the Phoenix City Council, and three years later elected vice mayor. She used that cultural capital to fight against domestic violence in Arizona and advocate for people with disabilities. She played a role in opening StreetLightUSA in Phoenix, a Christ-centered program to help survivors of child sex trafficking heal and dream again. She led seven humanitarian aid trips to Indonesia following the 2004 tsunami. She traveled to DRC Congo – the rape epicenter of the world – five times as part of a team to provide trauma counseling to survivors of rape. She participated in humanitarian missions into Sudan to rescue child soldiers and sex slaves. She has helped equip church planters, leaders, and pastors around the world.

The power of one. Prepare to be inspired as to how you can change the world in the story of Peggy Bilsten.

Click here learn more about some of the ministries Peggy has participated with: StreetLightUSA https://www.streetlightusa.org/

Food for the Hungry https://www.fh.org/ 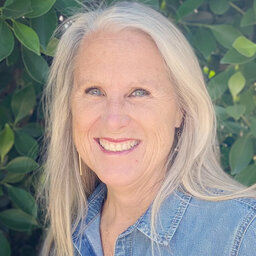